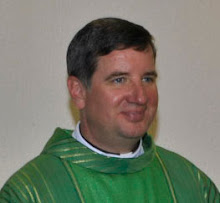 Here is link to Fr. John's latest posting on his blog

His experience with Fr. Robles Gil as his superior in Brazil:

How I knew Fr Eduardo Robles-Gil

In 2002, after the World Youth Day in Toronto, I was sent to Rio de Janeiro as assistant to the Vocational Director, Fr Eduardo Robles-Gil, who was also the superior of the community at that time.

Previously, I had been living a period or exile, stripped of all apostolic activity, in Cheshire, CT. That period lasted two years.

I willingly went to Brazil to show my superiors I wasn’t a defective cog in the machinery. I hadn’t yet come to the conclusion that the machinery itself was defective. So I got right into the work (first of all, learning Portuguese) with all my heart.

Fr Eduardo was supportive, encouraging, and in my opinion, sincere. He immediately confided in me and gave me an active part in his vocational work. I had done vocational work in the States from 1995-1996, so it wasn’t new to me.

I learned a lot from Fr Eduardo, much of which I still use today.

Unfortunately, he was bound to obey his superiors, and Fr Maciel as General Director.

Before he left Brazil in 2004, he began to question me in spiritual direction about my vocation, why I hadn’t left yet knowing that Fr Maciel had already determined I had no future in the Legion. My torment began all over again.

I DON’T KNOW WHAT HAS BEEN GOING ON IN HIS HEART THESE PAST SIX YEARS!

Nor do I know what is happening in the hearts of so many other legionaries, those in the General Chapter and those who sent them there. There hasn’t been much communication by the legionaries these past few years, which has only led to a lot of speculation, harsh criticisms and a general sense that nothing productive is being done. I too have been suspicious of them and have written critically.

But, I want to be fair, and I believe Fr Eduardo wants to be fair. I am avoiding jumping to rash conclusions now that a new team of superiors has been elected and the General Chapter will be coming to a close. I do not want to judge based on what little I know. I only ask that the Legion begin a new era of transparency, honesty and justice.

The Legionaries of Christ announced today that they have a new General Director. They also published a Communiqué regarding Fr Marcial Maciel, an apology to victims, and their path to renewal.