"Give me hell, because I don't want this heaven!" 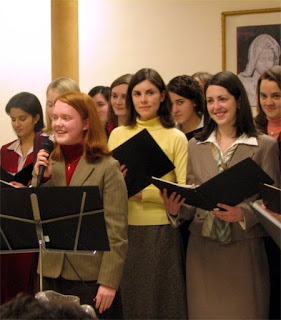 A former polygamist sect wife who played a major role in putting Fundamentalist LDS leader Warren Jeffs behind bars spoke outside of the courtroom this week for the first time.
Rebecca Musser, who became one of Rulon Jeffs’ 65 wives at the age of 19, said she lived in a constant state of fear and misery from the time she was given away to the 85-year-old man by her father until the time she escaped after his death.
“My father sold my innocence,” Musser told a group of women at an event in Salt Lake City called Overcoming Obstacles, the Deseret News reported. “My life there was a constant state of fear, unknown ... silence.”
She said she had been told to always obey her husband and was never given the option of saying no to his sexual advances, despite the enormous age difference.
In 2002, seven years after they were married, Rulon Jeffs died and Musser made a decision to run away.
“After seven years of continual sexual violations, I’d had enough,” she said, according to the report. Though she had been taught to be obedient for her entire life, she said: “Give me hell, because I don’t want this heaven.”
Once she escaped, Musser found a difficult life on the outside, but also a new sense of freedom. She cut her hair for the first time, and slowly learned how to fit in.
“It was a brutal transition at best,” she said, according to the newspaper.
She had a hard time leaving her little sister and the other women in the sect behind and by 2007 became one of the main witnesses for prosecutors and police who were working to end the underage marriage and sexual abuse in the sect.
She served as a witness against Warren Jeffs, who became the sect’s new leader after his father died, and helped get him convicted on rape charges.
“I could not deny those I’d left behind,” she said, according to the newspaper.
Outside of the police station and the courtroom, Musser has avoided telling her story until the trials finished.
The last of those men, Wendell Loy Nielsen, was found guilty of three counts of polygamy late last month.
He faces up to 10 years in prison.
Posted by irishmexguate at 10:13 AM