Why I'm Leaving the Legion of Christ (Part 3)

I love to write, and normally follow a careful process to make it work: rough draft, revision, sentence structure and flow. I didn’t do that here. I just sat down and let it flow, letting Bill Gates take care of the spelling errors. Sorry if it’s sticky reading. Fr Jack.


I have mentioned the frustration that I experience in the legion and how it has been an obstacle to my fulfillment. Everyone needs to feel fulfilled.


Every once in a while, I hit the “Next Blog>>” button on the top of my blog, and most times it brings me to family blogs, photos of babies, husbands and wives. You don’t find blogs extolling the joys of a dysfunctional family, how great it is to be separated or divorced, and what a joy that my child doesn’t have a father. No one willingly wants that – that brings unhappiness.


No one feels happy in something that’s not right. But when the family is working well, where there is true love, you can see how fulfilled they are. Family makes us love. If we don’t love we are miserable. And to love properly you have to be able to express love, affection, kindness, mercy and being forgiven. The dynamic of the family is the dynamic of the Church.


My family for the past 24 years (not my natural family, of course) has been dysfunctional. And that brings frustration. I haven’t been able to express in a healthy way all God has given me and all that he has been asking me to be. There has been a constant wanting to live behind a mask, to be false, to put on a way of being that is not me. I ...
Posted by irishmexguate at 5:13 PM 1 comment:

Labels: Leaving the Legion of Christ 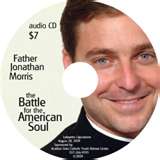 Fr Jonathan Morris, your Fox Commentator Padre, left the Legion of Christ before the Vatican finished its investigation.

Forgive the critical tone in the article below

Given their pathological religiosity and curiously durable naivety, it's no wonder Americans have made their country the world capital of cults. There are now more than 5000 cult groups in the US, their members numbering between 10 million and 15 million. This powerful documentary looks at just one group, the Mountain Rock Church, and the chaos it wreaks in the lives of four families.


Based in South Carolina, the church is run by Pastor Raimund Melz, a whip-thin, German-born preacher who, with his wife Deborah, exerts almost complete control over followers. Melz bills himself as an apostle, prophet, evangelist, pastor and teacher, the only source of truth and the sole road to salvation.

But he has also become the centre of his acolytes' temporal world. Having built their homes in the church compound, called The Heritage, church members hand them over to Melz (on orders from the Lord, naturally), from whom they must then rent them back. Emptied out by fear and filled back up with guilt, church members are, in effect, reduced to infantilism, unable to think or act for themselves. “You have to have him [Melz] point out the sin,” former follower Tonya Rogers says, “because you're a dumb baby, you're a dumb sheep . . . so he has to be the one, 'cause he hears from God.”

Breaking away is akin to getting off heroin; a long, wrenchingly painful journey that has been captured artfully by filmmaker Ondi Timoner. (Interestingly, Timoner's 2004 rock'n'roll doco, DiG!, dealt in part with singer Anton Newcombe and the seemingly maniacal control he had over his band members in the Brian Jonestown Massacre.) The film also points out the changing dynamic of cults, from the huge, Moonie-type groups of the 1970s to smaller units led and supported by ostensibly “normal” people.
Posted by irishmexguate at 12:41 PM No comments: