From Trastevere (and elsewhere):
[J]ust in from the Spanish language Blog El Trastevere (Source: Ex Tipazo)...
One of the pillars of legion in Spain, a major superior and head of the legion school in Madrid, Fr. Santiago Oriol, has publicly announced he is leaving the legion. As some of you might recall, the Oriol family is one of the wealthiest families in Spain, they come from nobility. There are at least 4 Oriol brothers who are (or were) legionaries. Santiago is the oldest and most influential of all. His brother Alfonso, also a legionary, was at the meeting and supported his decision. Most of the Fr. Santiago's community which he heads is following and leaving, too. He has invited the school's parents to reconsider pulling their children out of the school, and said he "doesn't know, love, or trust the legion anymore." A few years ago, the legion tried to force the Oriol brothers (and a 3gf) to surrender to the legion, right then and there, their inheritance. The youngest Oriol legionary wouldn't allow it and Nuestro Fraude himself made his life impossible. From another source I learned that Luis Garza had used the Oriol inheritance money, along with his own and his 3gf's inheritance money, to fund the legion's growth, promising them higher returns on their investment.

One of the Oriol legionaries, by sheer coincidence, once discovered Nuestro Fraude with one of his "families." This priest immediately confronted Nuestro Fraude and went to his superiors. He was hushed, of course, and ordered to say nothing. This was the beginning of the Oriol family's disenchantment with legion. Now, as these pillars of legion/regnum start abandoning ship, things will begin to unravel more quickly. At least for Spain, this is HUGE. Without the Oriol family, there would be no legion/regnum in Spain

In reading the tea leaves, it would seem as though the men are voting with their feet, dePaolis' good intentions notwithstanding...

SIDE NOTE: our combox also includes this curious detail--

Sometime around the early 90s, when legion was starting to grow by leaps and bounds, Luis Garza presented a business plan to some members of his extended family explaining that, given the growth of the Legion, they should invest in it, and that he'd offer them higher than standard returns.

To the money pool he raised from relatives, they added the Oriol's inheritance that the notorious Fr. Guerra, LC (as ordered by Nuestro Fraude) had successfully coerced from the Oriols to bequeath to legion before it was canonically legal or required for them to do so.

Luis Garza was successful in raising this capital and a lot of it has vanished due to the late misfortunes of Nuestro Fraude's empire. So the Oriols, as they leave the Nuestro Fraude's kingdom, will probably be left with NADA -- other than their dignity and decency.

Now that "vanishing" money could simply be the collapse of a Ponzi scheme or the siphoning away of real funds -- financial wizards are toying with the options even now. If everyone could take a deep breath and forget the money, perhaps we would remember the more important human capital. Don't mean to accuse the team of bad priorities (who knows what they're discussing behind closed doors?) but scandal costs more in the long run than real integrity. Surely they know that by now.

UPDATE on the UPDATE: Trastevere blog is reporting that Malen Oriol (the sister of Fr. Santiago) has just left the movement. 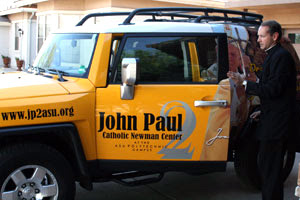 Fr. Michael Goodyear, LC
It is a question which, perhaps, facts can answer

An Interesting Follow Up Question:
Does Fr. Micahel live in a Legionary Community?
If not, how does he continue to consider himself a Legionary?
If he does, the blogger must eat the previous question
----
Now, if he continues to be featured on Regnum Christi web page that would seem to confirm that he is an active practicing Legionary of Christ
Posted by irishmexguate at 4:25 PM No comments:

False Appearances of Holiness VS Trusting in God

a bit behind the curve with Xavier Leger's 2nd part [3rd to follow]
Excerpt:
He went through a full description of those “false appearances of holiness”. He described all the traps of a spirituality based upon appearances. The main problem of those traps is that they “freeze” us in a fixed, one-way life, while the very principle of the Christian life is precisely to be a journey of freedom. He explained to us how those “false appearances of holiness” led us to get fossilized, and, as a result, unresponsive to the actions of the Holy Spirit, which are always uncontrollable ["unpredictable", "unprogrammable", I, the blogger, might say].
------------
From the REGAIN page, Regain Activities, Conference 2002:
Epilogue upon leaving: Monday, 7/1/02 DFW towards Houston on CO flight 141, 9:40 am
The spirituality that guided this trip for me was: IN GOD I TRUST.

I did not have everything planned to the very last detail, as a Legionary would. There were times when I did not know what was going to happen next, what to do. I was almost, but not quite, "flying by the seat of my pants". The team and I were constantly pulled in various directions trying to facilitate the diverse needs, insights, desires, and plans of the other participants and the journalists.But we were united in our effort to stem the tide of deceit, bad faith, manipulation, abuse and power of the Legion of Christ. We were all, like the vast majority of RC men and women and LC priest and student survivors, people of good will who had broken out of a vicious system over which we had no power and which disguises its viciousness behind a benevolent facade.
Posted by irishmexguate at 7:19 PM No comments:

Labels: False Appearances of Holiness in Legion of Christ 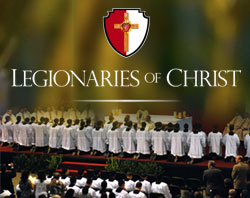 Begin his saga on the REGAIN web page "He who would play the angel, acts the beast" [Blaise Pascal]
Posted by irishmexguate at 1:20 PM No comments: