Fr. Mathew Green's Homily for the Baptism of the Lord 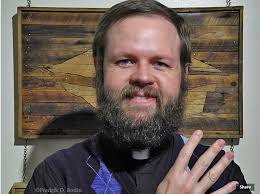 Many former LC priests are doing well outside.

I have presented Fr.'s Web Page Link above
Posted by irishmexguate at 1:25 PM No comments:

For Those Re-entering Normal Life 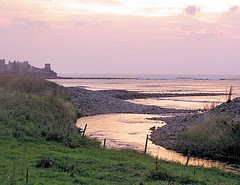 People leaving closed groups are very often ill prepared to leave and face the world; they lack Life Skills.
People are helping former Mormons and members of polygamous groups with this

Former members of Regnum Christi and Legion of Christ need something similar.

For people coming into American society -and it may be applicable to others- experienced psychologist and "cult expert", Livia Bardin, has written STARTING OUT: in Mainstream America
Posted by irishmexguate at 9:19 AM No comments:

the blogger has lambasted legion superiors for decades for their deception and malice.
But at this moment

LET US PRAY FOR FR. ALVARO whom I know personally

It is not his fault that from an early age he fell under the evil spell of Fr. Maciel.
Now he faces a mass in his brain, a terrible prospect.
I pray for him that the Lord will spare him too much suffering and restore him to health if it is God's Holy Will.
May the Holy Spirit strengthen Fr. Alvaro and the Blessed Virgin accompany him.
....


We had thought that Father Alvaro’s health would improve with the sabbatical that he requested in his letter to the Papal Delegate on October 9. But, his headaches became worse while he was spending Christmas with the community in Cheshire. On December 30, he put his plans to visit other communities in the US on hold and went to the hospital in Hartford, CT.

The doctors found an abnormal growth in his brain. They are now conducting tests to determine its cause. It is possible that Father Alvaro will have to undergo an operation in the near future. Father Alvaro’s brother and sisters and extended family have been informed.
Posted by irishmexguate at 8:51 PM No comments: