Leah Remini on Leaving Scientology: "I'm Not About to Shut Up" 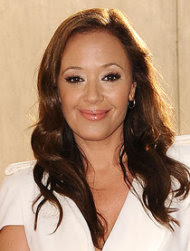 Remini announced she was quitting Scientology earlier this month, claiming she had been subjected to years of "thought modification" and "interrogations." The Church of Scientology has denied her accusations.
The King of Queens and Family Tools star fell out of favor with the church in part because she questioned the leadership of highest-ranking member David Miscavige and challenged the church's policy to isolate its members from their families.

2013 Emmy nominations: Snubs and surprises
"I believe that people should value family, and value friendships, and hold those things sacrosanct," Remini says. "It doesn't
matter, it could be anything. I thought about the family being broken up for some other cause, and I'm not about to shut
up."
Miscavige's niece, Jenna Miscavige Hill, has spoken out in support of Remini. Hill left the church in

------
Leah Remini on Leaving Scientology: I "Took a Stance" With My Family

Leah Remini is ready for life after Scientology. The King of Queens star, 43,
supported pal Holly Robinson Peete at Saturday's 15th Annual DesignCare
benefit at a private residence in Malibu; the event marked Remini's first public
appearance since her news-making departure from the Church of Scientology.
Remini was born and raised in the faith favored by the likes of Tom Cruise and
John Travolta, but left after allegedly disagreeing with Church leader David
Miscavige and some of the organization's supposed practices.
PHOTOS: Celeb Scientologists
Is Remini happy now? "Happy is a relative word," the married mother of one told
Us Weekly Saturday. "Yeah. It's a time of change." Specifically addressing her
departure from the Church, Remini told Us: "I think the fact that my family has
taken a stance and we are on a united front says a lot."
PHOTOS: Katie Holmes' transformation during Tom Cruise marriage
In other news, the star says she has some major projects in the works -- including a
return to TV. "I'm deciding to do something right now and we'll know in the next
week," she teased. "It will be television. It might be in the reality, sitcom world."
A source previously told Us that Remini's exit was not a decision she took lightly.
"She thought about this over a long time."
PHOTOS: Tom Cruise and Nicole Kidman's romance
The New York Post's Page Six first reported that Remini had been supposedly subjected to years of "interrogations" and "thought modifications." A rep
for the Church told Us Weekly: "The Church respects the privacy of parishioners and has no comment about any individual Church member."
This article originally appeared on Usmagazine.com: Leah Remini on Leaving Scientology:I "Took a Stance" With My Family
Posted by irishmexguate at 10:06 AM No comments:


"Anonymous has left a new comment on your post ""Thou Shalt Not Criticize the Legion and the Regnu...":
Can I ask you, why did the Legion get rid of Brother Paul King (now a priest in South Dakota)??

Not knowing Bro -now Father- King personally, or his circumstances, I can only respond in general terms.

Members of the Legion of Christ and Regnum Christi can leave in one of two ways [to use cult studies terminology]; they can be 'walk aways" or "throw aways".
Naturally, each case is different and the Legion handles each case differently [depending on its own convenience]

Getting back to your original question my answer is "I have no idea"  But maybe yours was a rhetorical question. But taking you at face value, my spontaneous answer would be:

'because he was no longer suitable or useful to the Legion.'

However, let's just think that Bro Paul, in a rare moment of true inspiration, understood that the Legion was not for him and decided to make alternative plans. This means that he had not been totally eviscerated by the Legion training system; and it speaks to his health and resilience.  I say "Bravo!"

to be continued
Posted by irishmexguate at 12:34 PM No comments: